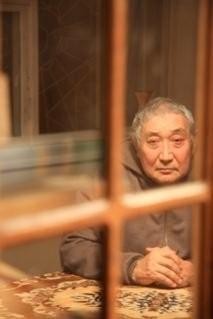 Silent Bombs: All for the Motherland wins 5 awards, including Best of Festival at the 2010 Yorkton Film Festival

The best of Canadian short film was celebrated at the 63rd Annual Yorkton Film Festival. Held May 27-30, delegates from across Canada took part in a number of workshops featuring top members of Canada’s film industry. Highlights included a double feature of the Canadian-made full-length films Rust and Last Train Home, the Minister’s Luncheon with the Honourable Dustin Duncan, select screenings of films nominated for an award, and a prairie LobsterBlast. The weekend culminated with the Golden Sheaf Awards held on Saturday, May 29, which honoured the best films entered into this year’s festival.

Silent Bombs: All for the Motherland won 5 awards, including the 2010 Best of Festival – the first Saskatchewan-made film to receive such an honour! The film also received the following:

“I was Chair of that category and I have to tell you that the committee loved your film. It was captivating and heartbreaking at the same time.”Tom Brandau, chair FFF Doc. Features.

“It was a very rare and valuable program which tells the truth of nuclear weapons.”
“I switched channels by chance and then I could not take my eyes from the screen.”
“We hope that this program will be watched by many audiences in the world.”

“Breathtaking, powerful, beautiful. Silent Bombs grabbed me, compelled me to watch…barely breathing for the entire 44 minutes.