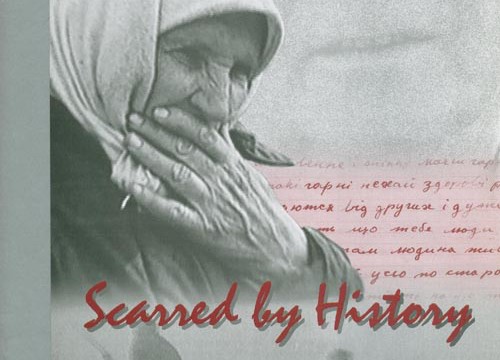 This eight episode series captures history through the stories of those who lived it.

Episode One: Scarred by History, a co-production between 4 Square Productions and Novyy Kanal in Ukraine, is a hard-edged documentary about a Ukrainian family. The story of this family is the story of modern Ukraine. Broadcast in Ukraine and in Canada in early 1999.

Episode Two: Nanjing Nightmares, is a co-production with Jiangsu TV (China). This film tells the story of the Japanese Rape of Nanjing in 1937-38 and its effects on one Chinese-Canadian family through three generations.

Episode Three: Paradise Lost, a story of the holocaust shot in Canada and Hungary. Based on the book Journey to Vaja by Elaine Kalman Naves, the viewer follows the triumphs and tragedies of one Jewish family in Hungary over a 150 year period.

Episode Four- Among the Disappeared, is a Canada-Singapore co-production. We follow young Canadian-Cambodian Kodaim Ear as he searches Cambodia for a photograph of his father, who died at the hands of the Khmer Rouge during Pol Pot’s genocidal rule.

Episode Five- Out from Underground tells the thrilling and tragic story of Zygmund Sikora, a former fighter in the Polish Underground during World War Two.  We follow Zygmund as he re-lives his adventures including the assassination of a collaborator and his daring escape from post-war communist Poland.

Episode Six- End of Empire is a Canada-Singapore co-production, which re-creates the story of Alexander Cockburn, who as a young man spent the Second World War as a Japanese-held POW under horrific conditions in the notorious Japanese Changi prison in Singapore. Decades later, he journeys back to revisit the place of his imprisonment. He re-lives the fall of Singapore, the beginning of the end of the British Empire.

{Roma.tiff} Episode 7- In Wars Against the Roma, Members of one family recount their travels to Canada from the Czech Republic and Slovakia, to avoid discrimination. This is the terrible yet uplifting story of the Roma people (Gypsies) around the world.

Episode 8- Pierre le Canadien tells the fascinating story of Peter Dmytruk, a WW II tail gunner from Wynyard, Saskatchewan who, after being shot down over France in 1943 became a member of the French Resistance.  Nicknamed ‘Pierre le Canadien’ by his fellow Resistance fighters, he died a hero’s death fighting the Nazis.  This film was produced in French and English and was broadcast on CBC, SRC, SCN and CLT.